Those of you that know me well have heard me say this many many times. “It is just a story you are making up.” Out of the many profound insights I have taken away from the work of Brené Brown, this is definitely one of the top ones.

As I am facilitating my first Rising Strong workshop in less than a month, I have dug deep into the book and Brené Brown’s teachings in it. I want to share this one insight from the book that I believe makes wonders in any relationship.

In relationships, we tend to misunderstand each other. We misread intentions. I say one thing. You hear another thing. And then we fill in the blanks. “I think s/he meant…”, we make up stories about what the other person did and why. Many times we create stories that are totally unrelated to anything that is going on with the other person. And many times we make up stories that chip away at our own worthiness.

Brené Brown shares with us a story that illustrates this perfectly:

One summer, she and her husband Steve took a long-awaited vacation with the kids in a lake in the Hill Country of Texas. The two of them went for a swim in the lake, and feeling taken with the deep joy of the moment, Brown said something very sweet — and very vulnerable — to her spouse.“ I’m so glad we decided to do this together.” “It's beautiful out here.”

Her husband, she shares, is way better than her at putting himself out there, so she expected him to reply to her romantic bid with an equal force of affection. But instead, he replied “Yeah, water’s good”. She felt embarrassed and ashamed. Going against her conflict-oriented upbringing, she decided to make another bid for connection. “This is so great,” she said. “I love that we're doing this. I feel so close to you.” Again, deaf ears. “Yep, good swim,” he replied before swimming away.

Brené started to get really upset and before they got out of the water she relied on this certain life hack she learned in her research. “I feel like you're blowing me off,” she said, “and the story I'm making up is either you looked at me while I was swimming and thought, man, she's getting old. She can’t even swim freestyle anymore. Or you saw me and thought, She sure as hell doesn’t rock a Speedo like she did twenty-five years ago.”

After a while, Steve replied. He wasn’t being distant to spite her; he had been trying to fight off a panic attack the whole swim. He explained that the night before, he had a dream where he was with their kids on a raft when a speedboat came speeding toward them, and he had to pull the children into the water so they wouldn’t get killed by the raging vessel. He didn't even know what his wife was saying to him while they swam; he was just trying to concentrate on his swimming and make it back to the dock.

Suddenly, it made sense to her: People on the lake do tend to get drunk on boats, and everybody who grows up around water hears about tragic boating accidents. And he felt like she would think less of him for not being able to prevent one.

After a little more conversation, it became clear to both of them: Brené was stuck in a “shame story” that she wasn’t fit or pretty enough for Steve, and Steve was stuck in a “shame story” that he wasn't strong or capable enough for Brené. In this case, her vulnerability and her “the story I am making up” brought her and her husband closer to one another. It also gave them both an understanding for the other’s perspective.

“The story I am making up”, can be the most powerful of tools in any relationship. It takes courage though, to be vulnerable. Yet, the benefits are huge, if we can catch ourselves when we are hustling for worthiness in our made-up stories. We will gain deeper relationships. We will have deeper connections to people around us. And for me, the juiciest part is the compassion we gain for others and the self-compassion we extend to ourselves. 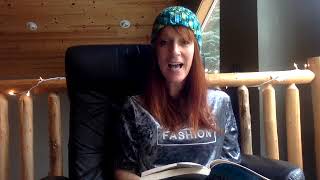 I am a Warrior Goddess - About Belonging 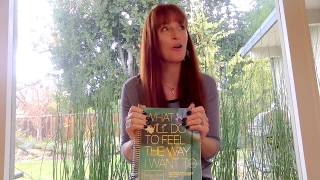 BRAVING - The Anatomy Of Trust

Bring on the flow

20 learnings from Brené Brown that will change the way you live, love, parent and lead

My friends and Michelangelo